How do giraffes reproduce ?

Giraffes are animals that live alone or in distant groups of about ten non-permanent individuals. There is no real leader. Giraffes do not have close relationships. It happens to observe giraffes a little closer, but generally, they are females and their small giraffes. In adolescence, around the age of 3, the males form small groups and leave their native territory together. Once they have reached sexual maturity, male giraffes will become completely solitary and will be able to reproduce. The only bond they will establish with their congeners will be with the females during estrus in order to mate. Thus, the giraffe is a polygynous animal. That is, the male moves from female to female and checks their reproductive status. If one of them is in heat, he keeps the other males at a distance and mates with her.

Giraffes reproduce according to the reproductive status of the female. For this, the male will approach the female and smell her urine. Under his palate, the giraffe has an organ called the "Jakobson" thanks to which the male detects the hormones emitted by the female. The animal will then perform a very special mimicry called "flehmen". Thus, the male curls up his upper lip and raises his head. If the female is receptive, the male will rub his head on the female's rump, lick her tail, and raise his foreleg. The female then accepts the mating and the giraffes reproduce among themselves. 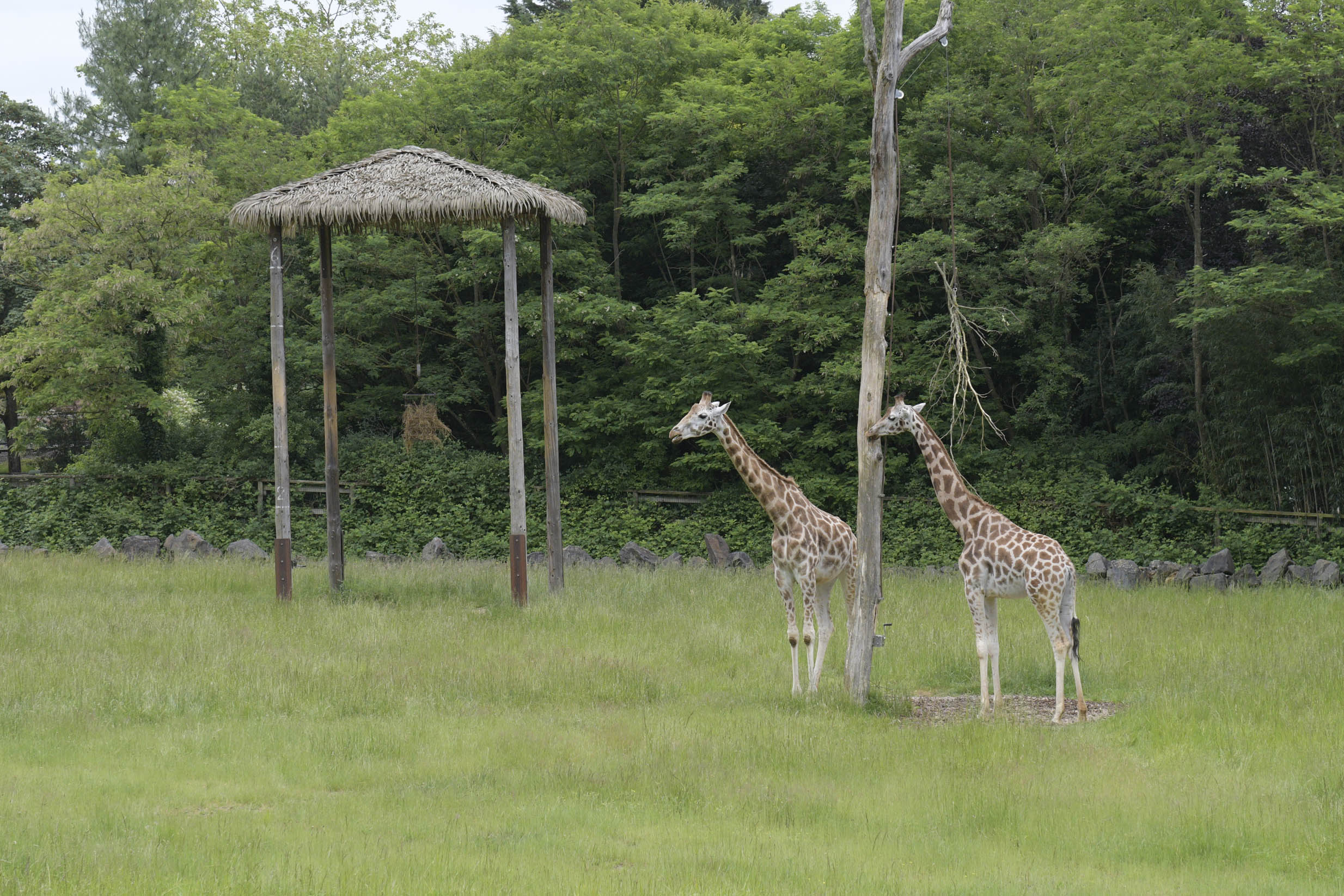 When the giraffe is born

Throughout the year, giraffes breed. There is no set period for reproduction. However, there is a peak in births during the rainy season. Also, female giraffes in the same group usually give birth at the same time. To give birth, the female returns to the place where she was born. Really not knowing how to lie down, the giraffe gives birth to its little standing. The newborn giraffe falls headfirst from a height of about two meters, allowing it to take its first breath. Protected by its elastic body, it does not suffer from falling. After its birth, the giraffe does not immediately join the other babies in the group. He will first stay hidden in the tall grass for several weeks while his mother goes to look for him to eat. Afterwards, it will be presented to the group.

The giraffes will thus grow up together, like babies in a nursery, under the watchful eye of a female in order to protect them from possible attack by predators. During the first months of its life, this is where the giraffe is most vulnerable. It is the favorite prey of lions, hyenas, panthers, and even wild dogs. A few hours after birth, the young is already able to stand on its feet. Thus, giraffes have a very particular reproductive system because of their physical characteristics. In addition, the calving and the birth of the giraffe which follows and also typhoid of the animal.