What is the rhinoceros horn made of ?

The composition of the horn

The rhinoceros owes its name to the ancient Greek. Thus, “rhis, rhinos” means “nose” and “keras” means “horn”. Indeed, one easily recognizes this animal thanks to its massive horn which carries on its head. The white rhino has two. The longest measures between 90 and 150 cm. The second smallest rarely exceeds 60 cm in length. The rhinoceros horn serves as the animal's weapon against predators. Moreover, its imposing size means that the white rhinoceros has really only a few predators. Only the young are the prey of lions and hyenas because they are smaller.

Unlike other horned animals, rhinoceros horn is very different. This grows continuously from its base and wears out permanently. Scientists estimate that it grows about 7 cm per year. Rhino horn is made of clumped keratin, a fibrillar protein, and some amino acids and minerals, phosphorus and calcium. In humans, we find this type of macronutrient in our hair and in our nails in particular. Thus, the horn of the rhinoceros is not a bone, but does not remain of it must of great hardness. However, the outer layer that composes it is the most fragile. All rhino horns are different. For good reason, it happens that the animal rubs against rocks and tree trunks to "sculpt" it. 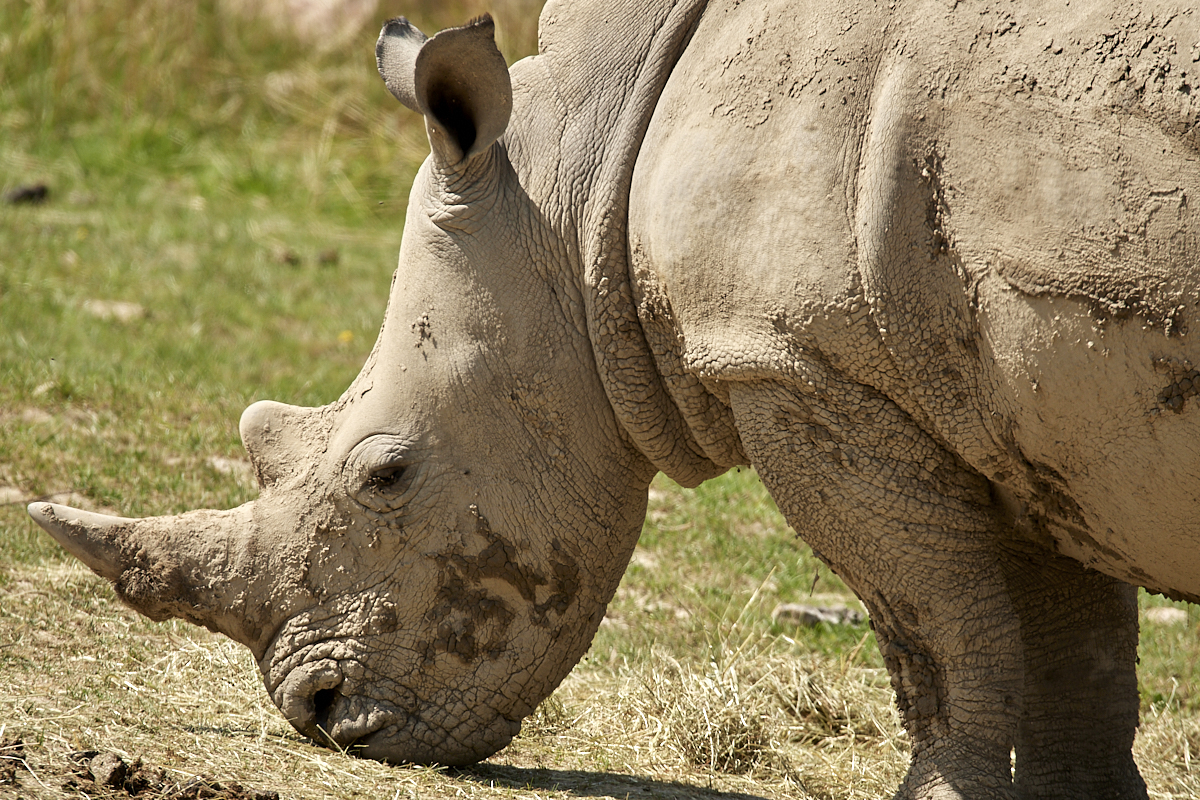 It may happen that the trainers cut the rhinoceros horn by anesthetizing the animal to be sure that it does not suffer from the operation. What for ? This allows scientists to check their physical state via several data that are calculated and measured while they fall asleep. However, this practice is rare, and above all supervised. Nothing to do with poaching for rhinoceros horn! Because if the rhinoceros is a species classified as endangered, it is largely due to poaching. Asia and the Middle East are the two regions where the international rhino horn trade is most successful.

In Asia, rhino horn is sought after for traditional medicine. Although it has been shown that rhinoceros horn probably has no healing properties, it is still widely used by this sector. In China, Taiwan and South Korea, this practice is the most widespread on the continent. At present, this market is unfortunately not about to stop. The Chinese and Vietnamese authorities are themselves involved in this traffic. In fact, nothing can stop the ever-increasing poaching in these regions.

In the Middle East, poachers also sell a lot of rhino horn. In Yemen and Oman, people use animal horn as a material. The culture wants it to be used for the manufacture of the handle of ceremonial daggers also called "jambiyas". Even if this practice does not diminish, a glimmer of hope seems to appear in these countries. Indeed, more and more, the inhabitants of the region buy rhinoceros horns from domesticated and non-wild animals. This makes it possible to reduce poaching a little, even if it is still insufficient.