How long is the giraffe's neck ?

Why do giraffes have such long necks ?

We don't know exactly why and how the giraffe ended up getting such a long neck. Multiple theories have emerged over the years. The two selected by scientists are those opposed by Jean-Baptiste Lamarck and Charles Darwin. For them, the neck of the ancestor of the giraffe was not so long. For Lamarck, this "transformation" could be explained by the fact that the animal began to want to eat the leaves located at the tops of the trees. This would have had the reaction of stretching his neck over the centuries. The giraffe would then have transmitted this character to the giraffes. For his part, Darwin defends the idea that it is simply "natural selection". Originally, there were several species of giraffes with necks of different lengths. Those with the longest necks managed to survive because they were able to feed themselves easily. Even today scientists cannot explain why the neck of the giraffe is so long. 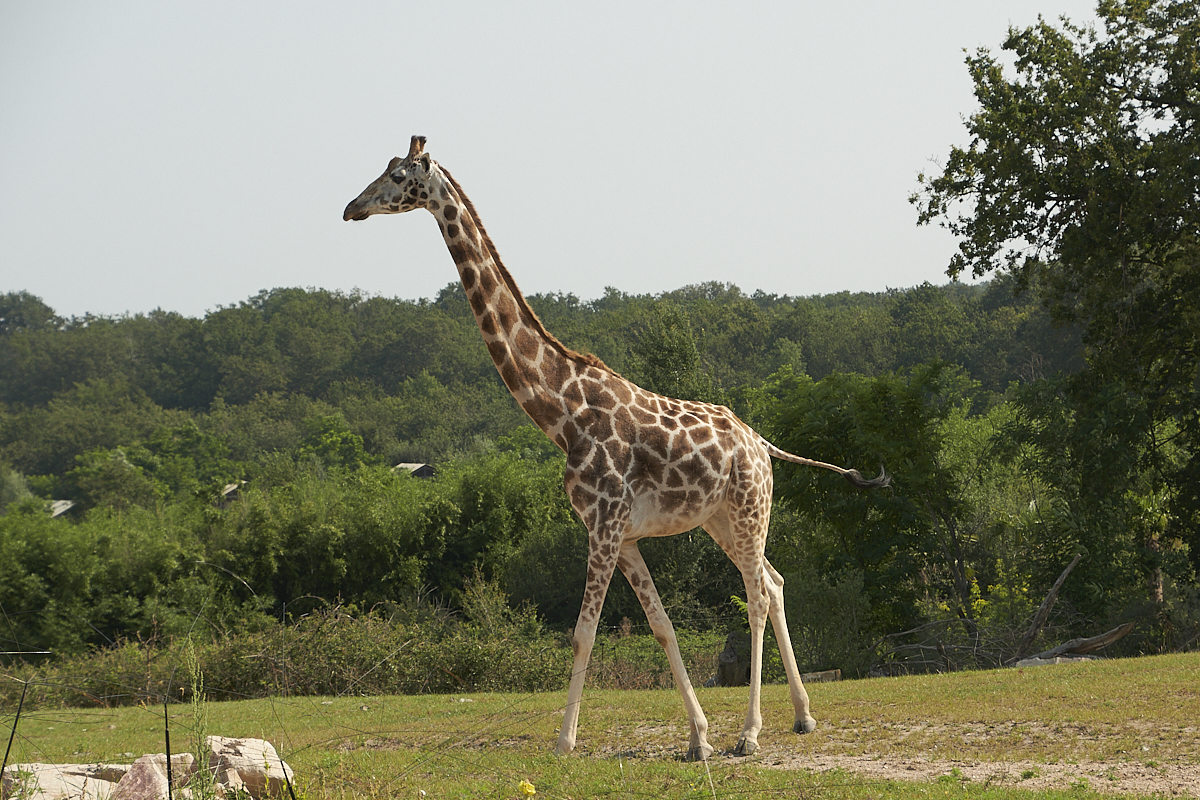 What is the giraffe's neck for exactly ?

If it is so long, it is simply to allow it to feed more easily. Thanks to him, the giraffe can easily reach the tops of the trees. Being a herbivorous animal, this animal feeds mainly on tree leaves. The best ones are located at the top which explains why the neck of the giraffe is so long. This species, greedy, will then seize with its blue tongue the very tender leaves and taste them. His favorite food is acacia leaves. They are located between two and six meters high. The giraffe is an animal that hardly sleeps. On average, she only spends two hours a day sleeping ! But what does she do the rest of those days ? Well the giraffe spends most of these days in search of good food to eat. The giraffe alone eats between 7 and 70 kg of food per day ! Of course, it does not only eat tree leaves. In its diet, there are also legumes, flowers, fruits and seeds. Note that the diet of the giraffe includes more than 100 different species of plants. All will depend on what the giraffe finds in its habitat. In times of drought, in particular, tree leaves are rarer. The neck of the giraffe serves him a little less since there will be almost no tender leaves in the treetops. During these dry spells, she will feed on more seeds and other foods that she can find.