The PAL is a family park, committed to the conservation of biodiversity with its breeding programs, the actions of the Le PAL Nature Foundation around the world, its sustainable tourism approach and raising public awareness of respect for the environment.

Besides its recreational role, the zoo is the perfect place to help people understand, love and respect animals, and build public awareness of the problem of endangered species. At Le PAL, you can attend educational afternoon feeding sessions, which are presented by the animals' keepers. They will answer all your questions during these events. The educational team increasingly proposes Animal Workshops for nursery and primary schools. 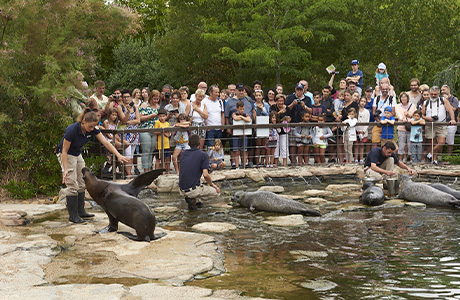 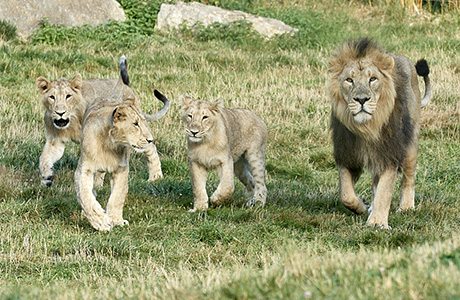 The zoo is also a genetic reservoir used to save species in danger of disappearing in their natural habitat. International scientific bodies control the reproduction of rare species in zoos. At times it is possible to reintroduce species raised in captivity into the wild. In this way zoos play an active role in protecting endangered species. At Le PAL several species benefit from these European Endangered Species Programmes (EEP) set up by the EAZA (European Association of Zoos and Aquariums). Each of these programmes is supervised by a coordinator chosen for his or her expertise.

The aim is to encourage the reproduction of each of these species while at the same time avoiding in-breeding. The zoos taking part in these programmes submit any request to move animals to the coordinator for approval. Depending on the interest of the species, the coordinator may accept and facilitate the move or else recommend another destination or quite simply advise against it. When the conditions in the species' country of origin permit, the reproduction programme may end up reintroducing certain animals into their natural habitat.

The third function of a zoo is to further scientific knowledge, particularly when it comes to behaviour, reproduction and veterinary medicine. 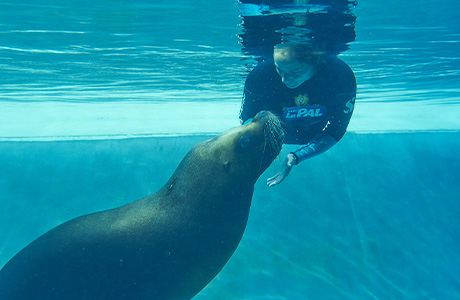